It all started with Chevy offering LB7 engines in a variety of its automobile trucks. Several truck owners and dealers had well-trusted this engine for around four years. However, things didn’t go well with this engine, and Chevy, to solve this problem, introduced the Duramax LBZ.

While this was the backstory of LLY vs. LBZ, you probably have questions about which of the two engines is better for your automobile and how you can stick to the most preferred engine.

If you have these questions in mind, here is an article that gives your five significant differences between LLY and LBZ to help you select the most suitable one for your automobile.

What is The Difference Between LLY vs. LBZ?

The LLY Duramax belongs to a turbocharged engine offering a diesel engine capacity of 6.6 litres. This engine was introduced into the market in 2004 as an attempt to implement the emissions demands provided by diesel-powered trucks.

The LLY engine is built on a 32-valve design with a high-pressure fuel rail on very sophisticated cylinder heads made of aluminium. The LLY valves are covered to allow access to the injectors without the rumour being discovered to overcome the challenges the LBZ injectors face.

The LBZ engine, on the other hand, is manufactured by DMAX. It is built to overcome the challenges faced by the LLY engine and is designed with two VIN numbers, which is 2 and D. This engine offers a superior engine computer system with the capacity to hold extra torque and power.

The LLY Duramax engines have straight-bodied injectors, which are very different from the LLY injectors offered in 2006 and the LBZ injectors.

The new versions of injectors fitted into LBZ and LLY offer tapered body injectors available in the market now. Though both engines have almost the same structure as injectors, some mild differences exist.

For example, the LLY body is swapped by the LBZ cylinder just by using her larger diameter ring. In addition, the LBZ injector does not align with the LLY cylinder, and these differences make these two engines separate from each other.

Another critical difference between the LLY and LBZ engines is their VIN numbers. VIN stands for the vehicle identification number, a small number sticker attached to the driver’s side of the door. The VIN code is different at the 8th digit for both engines.

For instance, LLY has a code of two at its 8th position, while LBZ has the letter D as its code in its eighth position.

There is a drastic difference in the reliability of both engines. According to the reports, LBZ 2006 – 2007 is more reliable as compared to 2004 – 2006 LLY. These engines were, however, manufactured to overcome the challenges present in the LLY Duramax engines.

In addition, the significant reasons that make the LBZ more reliable than the LLY are the horsepower and torque output and its improvement, which was way better than its counterpart LLY Duramax.

Why is LBZ Better?

The LBZ was better than its counterparts because it had six-speed and could handle higher powers than the former engines. In addition, it was the last engine made without emissions control technology which would otherwise cause damage to the fuel economy and affect the machine’s lifespan, reducing them to a lower level.

This engine is built with more robust parts that enhance overall durability and performance. This directly correlated with the horsepower and torque, adding to the torque and horsepower strength.

Moreover, LBZ had many more offerings, such as an increased LBZ webbing to the bearing regions. There were also increased main bearing caps, a deeper bore for the main cap bolts, and the construction of oil feed holes to make enough space for the deeper bolt holes.

The LBZ has specific specifications, which makes it better than LLY and its other counterparts. Here are some of the beneficial specifications offered by LBZ:

It is essential to know which engine is the best for your automobile. Selecting the suitable machine will give your engine the required power, torque, durability, and reliability to perform well. When LLY and LBZ engines are compared, LBZ offers better performance and has many improvisations than the previous engines.

An essential feature in this engine was the exclusion of the emission technology that was the primary cause of damaging the reliability of the machines. Pin this page or take notes to ensure you make the right decision.

Next Bidet Converter Kit- Top Reasons to Consider this Alternative

Can Most Revealing Swimsuits Of All Times Be Really Wearing At All Times? 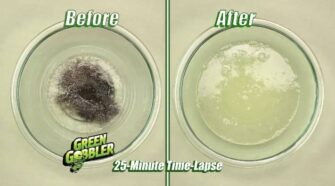