Mysteries, romance, fantasy, science fiction, chick lit, and crime thrillers all are nothing except the figments of imaginations. Who doesn’t get chills in the body when reading about some of the ever-young classic frictions? A Tale of Two Cities by Charles Dickens, Kill a Mockingbird by Harper Lee, 1984 by George Orwell, and Pride and Prejudice by Jane Austen, all are examples of friction.

But is fiction true or not true? Well, the literary meaning of friction is not true or false. Friction is a technique to fabricate thoughts and stitch them in a way that looks authentic and what exceptional writers do! Creating the imaginary scene in the heads of people and giving them a break from chaotic daily life, is a talent of a skilled writer. Therefore, to gather more information about the difference between fiction and non-fiction, read the article till the end.

Fiction is a creation that is based on the imagination of the author or it is a synonym for short stories, novels, and fairy tales, which can be true or not true. It depends upon people as some believe that fictional stories are true and some do not, it would be very subjective to say that fiction is not true.

Then, What Is Non-Fiction?

Non-fiction means that they are based on true events and facts. Non-fiction usually describes the place or things based on the writer’s or people’s real-life incidents. An exceptional non-friction is divided into several categories like history, biographies, and journalism. Additionally, it can include other types of writing like research papers and scientific papers.

Difference Between Fiction And Non-Fiction

The line between fiction and nonfiction is blurred but can be immaculately seen if you understand the exact meaning of the two.

Is Fiction Writing a Sin?

This question has been asked by many, especially Abrahamic religions of Islam, Christianity, and Judaism. How could writing an imagination on a piece of paper be called sin? Well, this is a clear myth.

A piece of writing is not to deceive any reader, moreover, it is a tale from the writer’s mind that needs his imaginative prowess to fashion exquisite stories to put away the topsy-turvy, disorganized lives. In fact, there are numerous types of fiction, and all of them are listed below:

Fictions that happen in real life are known as realistic fiction. These stories are not real-life occurrences, but undoubtedly, they possess the ability to happen in the progression. In realistic fiction, the story settings are imaginable as they could present everyday life activities or about finding love or facing betrayal.

Fantasy is a work of fabrication that involves all the magical events which are sometimes inspired by mythology and powerful figments. The story generally is not true or unlikely to happen in real life.

Is Non-Fiction Real Or Fake?

Non-fiction is about real or true events, many times, the reader will be able to relate to the situation which is presented by the author. There are true stories or facts bound behind the words, which can be classified into the following types:

Narrative writing means that it tells the true tales of events, people, or locations. This type of nonfiction can be written in the first person, but it is always recommended to do some research.

This type of nonfiction can be written to explain or inform the audience about some specific subject, it might be that the readers won’t have prior knowledge about the topic which is presented in expository writing, always make sure to research properly before completing expository writing.

All five senses are used while reading nonfiction descriptives and trying to read what the writer has written. To be good at descriptive writing, learn the sensory language, and metaphorical language.

The authors or writers take a stand on the issue and fight against the opposing viewpoint in persuasive writing. They can use factual facts or information to clear their point of view, usually, this type of writing comes in the form of newspaper op-ed or editorial.

Which Is A Child’s Choice: Fiction Vs Nonfiction For Kids?

There are many opinions about what type of fiction is best for kids. Fiction will help them to learn about new places, broadening their creative horizons. On the other hand, non-fiction will teach you about the history of our country and the past events which have happened, honing the decision-making skills of the child. Both are good for children to read whether it is fictional or nonfictional.

What Is A Fiction Book?

Fiction books cover that literature is created from imagination, and fiction is made up of stories that are based on the author’s imagination. Some examples are that fiction books are known as picture books, novels, and classics.

A Must Read: Examples of Fiction And Non-Fiction

Here are a few examples of fictional and nonfictional genres as well as books.

Some novels are influential and impactful forms of fictional writers. Novels allow us to connect with the entire world in terms of history, culture, and even fashion, along with connecting us with the world in the terms of social, political, and cultural tools. There are some popular fictional books that you can read.

Here are some examples of nonfiction genres like history, academic text, and philosophy insights. Humor and commentary, self-help and instruction, journalism, etc but many nonfiction books are mentioned below.

Is fiction real or fake? It is very difficult to say whether fiction or nonfiction is good as it depends upon personal opinion. There are several differences between fiction and nonfiction that you will get to know once you finish reading the article. The writing style of the author will clearly depict if the fiction is true or not true.

Previous Can You Donate Plasma If You Smoke Weed? Harmful Plasma Receivers?

Next What Do Public Utilities Jobs Pay? - Aren't They The Best

Why Do Cops Touch The Back Of Your Car?

Do People See Your Inverted? Is This A Fact?

What Do Public Utilities Jobs Pay? – Aren’t They The Best 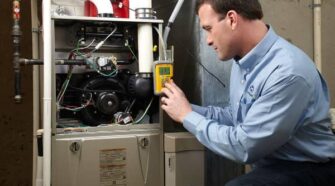