The skills of a web developer are in very high demand with the influx of businesses switching to the digital space and leveraging the internet to reach customers and boost sales. Becoming a web developer is difficult as it demands individuals to learn programming languages, particularly a sound knowledge of JavaScript, JSON, and others.

However, while learning these programming scripts, it is essential that one develops patience and logical reasoning and be diligent from the first day itself. You have likely encountered an unexpected token < in JSON at position 0 error and are looking for a solution. Well, you are in the right place.

The Use of JSON and Applications

Before understanding the error that you are facing, you should first understand the capabilities of JSON. This will keep you motivated and drive you to complete the code independently without relying on GitHub. Well, for starters, JSON acts as a mediator between the server and browser that sends and receives information by exchanging it between server and browser.

Hence, it is an essential tool in web development as the operation relies on it. The Ajax request and the PHP running the score depend on JSON being the central point in the backend web communications.

Situations Where the Error Takes Place

This error occurs when an unexpected token is parsed in a JSON script. A valid JSON string must be parsed for the mistake to be rectified. For instance, when we run the script console.log(JSON.parse(undefined)), the error returned is “Unexpected Token u in Json at Position 0.”

This is clearly a syntax error in JSON as an invalid JSON string has been parsed. If there were a valid JSON string that needed to be parsed, the syntax would be correct, and the error wouldn’t occur. Besides, as a developer, it is essential to compile with the rules of programming languages in which the compiler does cross-check.

Pro Tip: While learning syntaxes, practice it repeatedly and understand its mechanism before jumping off to large projects.

Therefore, it becomes evident that this error typically occurs when the syntax rules are not followed and can be easily rectified by paying close attention.

For instance, if you want to pass a currency sign in JSON, you will get a syntax error as currency signs like “$,” euros, and others are considered invalid strings. Furthermore, JSON reserves certain strings to have a specific function. This includes undefining, which cannot be used to parse, as demonstrated in the previous section of this article.

Understanding JSON strings will enable us to understand which strings can be used to parse, which can mitigate the chances of syntax errors occurring in the future. Hence, take a look at valid and invalid JSON strings with examples.

Some examples of this include Hello, apple, back, 11, 112, and other integers and words. However, certain exceptions will be discussed in the next section on invalid JSON strings.

Invalid JSON strings are the opposite of valid JSON strings. That’s right! These are strings that JSON cannot read, and the compiler will pass an invalid string error. Invalid strings in JSON are the ones that can either have wrong commas or apostrophe placement or the use of reserved words in JSON like “Undefined.”

Some other examples of invalid JSON strings include currency signs, value pairs, arithmetic expressions with operators between numbers, and others. Hence, this makes clear the usage of JSON strings, especially its validity and compatibility with the JSON script, which needs to be understood by web developers.

Deep Understanding of Errors in JSON as Web Developers

Now that you know that JSON strings can be parsed and cannot, you have sound knowledge of preventing this error from occurring in the future. You can check if a JSON string is valid by searching for it online and scrolling through a GitHub sample or using this easy trick in JSON to evaluate the string.

This syntax is eval(string), and you can run it on your JSON compiler. For this purpose, the eval function is used in JSON, which gives you insights into whether or not the string you mentioned is valid or invalid. This is very important as you will now know which strings can be parsed, allowing you to prevent this error from ever occurring in the future.

Happy Coding in JSON! Well, this makes it evident that you need to clear your basics while coding in JSON. You can check out online coding lessons, W3 schools, or query for the error string on Google to get a ton of repositories that answer the error.

Previous Fix List Indices Must be Integers or Slices, Not Tuple Errors - Updated 2022

Next So You've Encountered A Typeerror: A Bytes-Like Object is Required, Not 'str': We've Got You Covered!

So You’ve Encountered A Typeerror: A Bytes-Like Object is Required, Not ‘str’: We’ve Got You Covered!

Are You Wondering About The Most Expensive Lego Sets Globally? 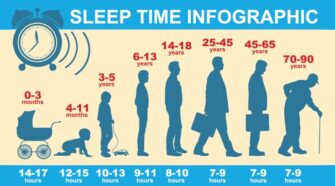 Insomnia – Why You Need the Right Amount of Sleep