Do you wish to maintain your blood pressure and ph balance? Well, plasma is the most required component, to help in handling the supply chains of the body. A body is unhealthy if it does not have the proper amount of protein in its diet and undoubtedly, proteins are the building blocks of the body.

With the help of adequate plasma, protein reaches every bit of the body. But here comes the catch, even though if you smoke weed, you are allowed to donate blood, there are certain things you will need to answer before doing that. Do not worry at all, if you have some more questions arising in your mind, we have answered everything below in the article.

Can You Smoke Weed And Donate Plasma?

Yes, you can give blood if you smoke. However, there are certain requirements that you need to match before donating plasma.

What Can Disqualify You From Donating Plasma?

Even though, if you smoke weed constantly, you don’t get disqualified from donating plasma until and unless they use of weed damages or impairs your internal functions, such as memory along with comprehension power. According to the red cross-agency of America, smoking weed does not eliminate you from being a blood donor. But yes, if you consume drugs that are illicit and drink alcohol, you cannot be a potential donor.

Here’s a full-fledged list of factors that can disqualify you from donating plasma:

How Long Does Weed Stay In Your System?

THC is a major chemical component present in cannabis. Going through the drug testing process will find metabolites such as THC that stay in the system for a longer period. It also depends on your ingestion or consumption of weed. Some of the methods, to detect cannabis consumption are mentioned below:

Blood is the second most common method used by various doctors to detect the consumption of cannabis. Some of the common results in people are:

Weed or oral fluid can be easily detected frequently in smokers, mostly after 3 days of its use. Smoking weed enters into your saliva and saliva contains some metabolism in it. Hence, to test cannabis, Saliva testing is the shortest method. Additionally, weed consumption can also be discovered within the same day.

If you go by the hair testing method, you will find out that after consuming weed, weed particles reach hair follicles through blood vessels. Hair grows about 0.5 inches every 30 days, so it would take a scalp to provide you with all the data regarding the smoking of weed.

To maintain the proper functioning of the body, plasma is a crucial component that should be in adequate amounts to boost the immune system of the body. There are various requirements that you should keep in your mind while donating plasma. Even though, if you smoke weed you don’t get eliminated from donating plasma. Moreover, several methods are available nowadays, to check if the weed particles are in your system or not.

Can Weed Be Detected In A Regular Blood Test?

It’s kinda impossible that weed will appear in your blood test reports because THC is present in cannabis. This component is difficult to detect in some regular blood tests. But by chance, if the doctor will find some uncommon symptoms in your system, they will suggest you undergo a full-body check.

Can You Donate Plasma If You Smoke Cigarettes?

Yes, people who smoke cigarettes can definitely donate plasma. But do keep this in mind, do not smoke cigarettes on the day of plasma donation because smoking before as it can result in some serious issues, and a sudden increase in your blood pressure.

Can I Donate Blood If I Drank Alcohol In The Last 24 Hours?

Usually, alcohol stays 24 to 28 hours in the body. It also depends on how much you have drank in the last 24 hours because this will determine the duration of alcohol remaining in the body. Donating blood straight after drinking alcohol can be harmful to the plasma receiver because there are various injurious particles present in the body of the donor that transfer to the body of the receiver

Previous Can People With Tattoos Go To Heaven? Is Tattoo A Sin?

Next Is Fiction Real Or Not Real? 8 Fictions That Feels Totally Real!

Can Dentist Tell If You Smoke Weed? Is It True?

What Do Nits Look Like On Paper Towels? Isn’t It Scary?

How Anxiety and Stress Affect the Relationship – Are You Experiencing These Problems?

The Benefits And Drawbacks Of Technology

Stranded Vs Solid Wire – Which Is Better One? 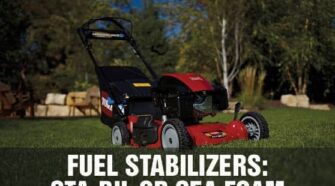 Sta-Bil vs Seafoam – Which is Better for Your Car?