Can you use 10w30 instead of 5w30? What will happen if you interchange 10w30 for 5w30? You probably have these questions that need to be answered correctly.

The best way to protect your engine is to supply it with the most suitable engine oil, as it affects the overall performance of the car. If you select the wrong engine oil, there will be changes in your motor system.

As most car engines have a specific type of oil recommendation, you should know whether 10w30 or 5w30 is suitable for you.

This article has all the answers to your questions. Learn about the differences between 10w30 and 5w30 to know which you should use.

While you may wonder how 10W is different from 5W, the W is both the oils for winter. 10W and 5W both have lower viscosity at lower temperatures. However, the property of 5W is thinner than 10W, which means 5W offers better lubrication when compared to 10W.

SAE 10W is recommended for temperatures below negative 20F. The oil is thicker as compared to the 5W oil. It is a heavy engine oil that is used chiefly for heavy-load engines.

It has a viscosity of 10 at lower and 30 at high temperatures. 10W oil changes its consistency to lower temperatures which means it gets thin when the temperature drops.

10W offers a unique feature, forming a continuous layer to reduce friction from different engine parts. The viscosity is well maintained during higher temperatures giving the driver a noiseless experience with smooth clutch and gear operations.

It also benefits the engine by preventing wear and tear of the machine from keeping the engine tool. In addition, 10W is also protective against rusting of the engine as it increases the lifespan of the engine.

It is a multigrade oil used for moderate-engine cars. 5W offers a viscosity of grade 5 at lower temperatures and 30 at high temperatures. It is thinner than 10W and is recommended for temperatures below negative 20 F.

5W offers different features compared to 10W, which offers additional benefits compared to other motor oils. It also forms a continuous layer of oil on the engine parts, which reduces the friction between the surface and the engine.

In addition, the 5W is also recommended for machines that are prone to wear and tear and rusting. Moreover, it works similarly to 10W to increase the lifespan of motor engines. A unique feature of 5W is that it offers higher thermal stability.

This means that even when the temperatures rise, the properties of the oil remain the same. Another exciting feature of this oil is that it is very economical. A small amount of 5W is enough to lubricate the entire engine.

Though 10w30 and 5w30 oils offer similar properties, the significant difference lies in the viscosity of these two oils. They are multigrade, which means they can be used at high and low temperatures.

The best engine oil is the one recommended by the car’s manufacturer. Therefore, do not use any other oil without the manufacturer’s recommendations.

However, if you use 10w30 oil instead of 5w30 oil, the engine may not be functional during the colder regions and will not offer efficient protection during extremely heated climates. Although this function is different, it will not affect the engine entirely.

If you have another idea of mixing 10w30 and 5w30, then topping up these two oils may not cause any drastic change; the weights of the oil may not change entirely until it is in the recommended range offered by the manufacturer.

The best way to get over this situation is to be within the maximum and the minimum levels to ensure you are within the correct range.

As 10w30 is thicker than 5w30, it is necessary to use viscous engine oil such as 10w30 for older engines and motors to improve the pressure of the older machine.

Although 10w30 and 5w30 are both multigrade engines offering the same performance, the use of both oils depends on the temperature and the ambiance.

While the 5w30 is ideal for summer and winter and offers excellent fuel economy, it could provide a better hold and drags. 1030, on the other hand, offers higher sealing properties for older motors.

Engine oil has the prime function of reducing friction between the engine surfaces and increasing the engine’s lifetime. We hope that this article has answered your initial questions, and now you can make a sound decision on which oil you prefer.

Next LLY vs LBZ - Why is LBZ Better than LLY? 5 Major Differences

LLY vs LBZ – Why is LBZ Better than LLY? 5 Major Differences

Can People With Tattoos Go To Heaven? Is Tattoo A Sin?

3 Methods To Fix Yarn Command Not Found Within 5 Minutes!

When Can I Change My Septum Piercing? Isn’t It Too Early? 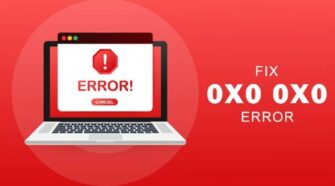 How to Fix Error 0x0 0x0? Newest and Simplest Way to Fix